The Center is led by its Director, Richard Frank, who concurrently serves as a member of the King Hall faculty and teaches courses in environmental law and policy. Formerly the executive director of the Center for Law, Energy & the Environment (CLEE) at UC Berkeley School of Law, Frank returned to UC Davis School of Law in January 2010. Before coming to CLEE and UC Berkeley, Professor Frank practiced law with federal and state agencies for 32 years, most of that time with the California Department of Justice.

The Center also benefits from the ongoing guidance and direction of two critically-important advisory groups: a Faculty Advisory Committee composed of King Hall faculty with an interest in environmental law and policy; and an Alumni Advisory Board consisting of distinguished King Hall alumni who are recognized environmental law experts and leaders, both in California and nationally.

The Center is supported by the UC Davis Environmental Law Society, which is a student organization fostering law students' interests in environmental and natural resource law. 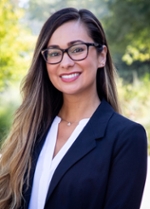 Sunshine Saldivar is the Center’s 2018-2019 Environmental Law Fellow. At the Center, she is working on environmental policy initiatives, various research projects, events and fundraising. During her previous time as a law student at King Hall (’18), she was active in leadership of the Environmental Law Society, she was a Moot Court Competitor and she was the Managing Editor of the Journal of International Law & Policy. Sunshine assisted a professor as a Teaching Assistant for the Legal Research and Writing Program at King Hall. She also earned the law school’s Environmental Law Certificate, based on her research concerning the implementation of the Sustainable Groundwater Management Act. She spent her first summer in law school as a law clerk for the California Department of Water Resources and she went on to work at various prominent Sacramento-based law firms, which included the practice areas of environmental law and civil litigation. She received her undergraduate degree in Sociology with a minor in Global Studies from the University of California, Santa Barbara. Sunshine accepted a position as an attorney with the CA Farm Bureau Federation in July of 2019.

Olivia Filbrandt-Clark was the Center’s 2017-2018 Environmental Law Fellow. At the Center, she published papers on administrative procedures of the State Water Resources Control Board amidst drought exacerbated by climate change. Her other research while working at the Center focused on reformation of the Colorado River Compact. Olivia also aided Rick Frank in course instruction, and she worked on the major, interdisciplinary symposium commemorating the 50th anniversary of the California Air Resources Board. Olivia graduated from King Hall in 2017, and she is a recipient of the law school's Public Interest and Pro Bono certificates as well as the Environmental Law Certificate. At King Hall, she was active in leadership of the Environmental Law Society, Negotiations Team, and Wine Law Society, among other law student groups. She also served clerk positions with California Attorney General, the Governor's Office of Planning and Research, and a Sacramento law firm specializing in water rights. Before law school, Olivia earned an undergraduate degree in Anthropology with a minor in Spanish Literatures from UC Berkeley. Currently, Olivia practices as an Associate Attorney for Kronick Law Group in Sacramento, California.

Dan Quinley was the Center’s 2016-2017 Environmental Law Fellow. As CELPC's Environmental Law Fellow, Dan supported the Center’s environmental policy initiatives, research projects, events, and fundraising activities. Dan published an analysis of renewable energy tax programs: More Power to the Wealthy: Renewable Energy Tax Programs, Market Distortions, and the Ramifications on the Cost of Electricity in May 2017, available here. Dan’s research also focused on the intersection of civil rights, race, and environmental law; with publication forthcoming. Dan graduated from King Hall in 2016 and is a recipient of the law school’s Environmental Law Certificate and Public Service Certificate. At King Hall, he earned academic honors, was an active member of the environmental law community, and served as an Executive Editor of Environs. He served externships at the Sacramento Municipal Utility District and Friends of the River. Dan received his master’s degree in war studies from King’s College London and his undergraduate degree in history from The American University in Washington, D.C. Dan is currently an Associate Attorney at Jeffer Mangels Butler & Mitchell LLC. 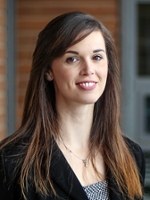 Jessica Schroeder was the Center's 2015-2016 Environmental Law Fellow. As CELPC's Environmental Law Fellow, she worked on a wide array of the Center's environmental policy initiatives, research projects, events, and fundraising activities. Her research at the Center focused on the constitutionality of tiered water rates in California under Proposition 218, with final publication forthcoming. Jessica graduated King Hall in 2015, and is a recipient of the law school's Environmental Law Certificate. At King Hall, she earned academic honors and was a leader within the environmental law student community, serving as an editor of Environs and managing editor of the California Water Law Journal. She also served externships with Governor Jerry Brown's Office of Planning and Research; the State Water Resources Control Board; with a prominent, Sacramento-based environmental law firm; and was a Teaching Assistant in King Hall's Legal Research and Writing program. Jessica received her undergraduate degree in Human Environmental Science from the University of Alabama, graduating summa cum laude. Jessica currently specializes in water rights at the California Department of Fish & Wildlife and the Wildlife Conservation Board.

Janelle Krattiger was the Center's 2014-2015 Environmental Law Fellow. She performed research and writing for the Center's various policy initiatives, and planned and coordinated speaking events for the Center. Janelle graduated from King Hall in 2014, and was a recipient of the law school's Environmental Law Certificate and the King Hall Public Service Law Program Certificate. While at King Hall, Janelle actively participated in the environmental law community. In 2013 she founded the Water Association of Law and Policy (WALP) at King Hall, and also served as WALP's inaugural President. Janelle was an executive board member for the King Hall Wine Law Society, helped co-found and manage the online California Water Law Journal, served as a Senior Articles Editor for Environs, Environmental Law & Policy Journal, and organized King Hall's panel for the California Water Law Symposium as a 2014 Symposium Panel Co-Chair. Janelle received her undergraduate degree in Psychology from the University of California at Santa Barbara in 2010, where she was inducted into Psi Chi National Honor Society in Psychology.

Mike Murza was the Center's Environmental Law Fellow for 2013-2014. He planned and coordinated events for the Center, and conducted research and writing for the Center's policy initiatives. Mike graduated from King Hall in May 2013 and received the school's Environmental Law Certificate. While a student, Mike was an active member of King Hall's environmental law community as co-chair and symposium co-chair for the Environmental Law Society and as a senior articles editor for Environs, Environmental Law & Policy Journal. He received undergraduate degrees in Psychology and Philosophy from College of Charleston, Honors College, graduating Magna Cum Laude. His work at CELPC culminated in the publication of his white paper on SB4, California's first comprehensive legislation addressing hydraulic fracturing and acidization. His paper, Senate Bill 4: A Past and Future Look at Regulating Hydraulic Fracturing in California, was published by The Reader Magazine in the Fall of 2015. He is currently the legal advisor to Chair Robert B. Weisenmiller at the California Energy Commission where he specializes in strategy development to double energy efficiency by 2030 as required by SB 350.

Miles Hogan was the Center's inaugural Environmental Law Fellow serving from 2012-2013 after graduating from King Hall in May 2012. While with the Center, Miles wrote papers on genetically engineered food labeling, hydraulic fracturing and water resources in the West, and water neutral development in California. He also guest lectured class sessions for Food Justice and Ocean and Coastal Law and Policy, and presented at or moderated panels for several environmental law symposia. His final research paper was California's Proposition 37: A Legal & Policy Analysis. Miles currently practices as an assistant city attorney to the City of Ventura in Southern California. He specializes in water and environmental law, including water rights, water quality, groundwater management, rates, environmental review and regulatory compliance. He is an active member in the State Bar's Environmental Section and serves as editor of the Section's official publication, Environmental Law News. Miles is the Assistant City Attorney II specializing in Water Law for the City of Ventura.