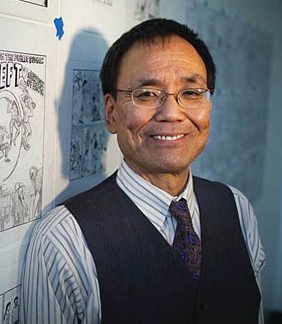 Professor Keith Aoki died at the age of 55 on April 26, 2011 following a prolonged illness. A brilliant scholar, devoted teacher, and beloved colleague, Professor Aoki had a lasting, positive impact on faculty and students at UC Davis School of Law and beyond. He touched the King Hall community in a special way, and he is greatly missed.

Professor Aoki earned a B.F.A. degree from Wayne State, as well as an M.A. in Fine Arts from Hunter College, and worked as an artist in New York City before attending Harvard Law School. In addition to his J.D. from Harvard, he earned an LL.M. from the University of Wisconsin Law School. He taught for more than a decade at the University of Oregon School of Law, where he was the Philip H. Knight Professor of Law, and at Lewis & Clark, Columbia, and Boston College law schools before coming to UC Davis in 2006.

Professor Aoki was an accomplished and respected scholar in civil rights, critical race theory, intellectual property, and local government law, and a member of the prestigious American Law Institute. His scholarship was published in leading legal journals.

A person of many talents, Professor Aoki was a gifted cartoonist who wrote legal articles and two books: “Bound by Law” and “Theft: A History of Music,” co-written with James Boyle and Jennifer Jenkins—in comic book style. His legal comics have been the subject of articles in the San Francisco Chronicle and Diverse: Issues in Higher Education magazine. Professor Aoki also authored “Seed Wars: Cases and Materials on Intellectual Property and Plant Genetic Resources” (Carolina Academic Press).

Professor Aoki was generous with his time and spirit. He was always there to encourage his colleagues and students. He loved life, intellectual and otherwise.  Dedicated to his students, he taught a Latinos and the Law class as an overload during his last semester and treasured teaching first-year Property students.  Students were profoundly affected by his passing. The student organizers of the annual Cardozorama law school talent show changed the name of the event to Aokirama to honor Professor Aoki, and in 2013, the UC Davis Law Review honored Professor Aoki both online and with an issue devoted to his memory.

Professor Aoki is survived by his loving wife, Mona, and their twin daughters, Rachel and Sarah. 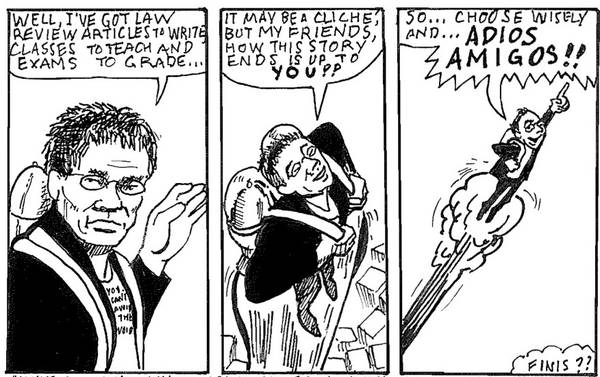