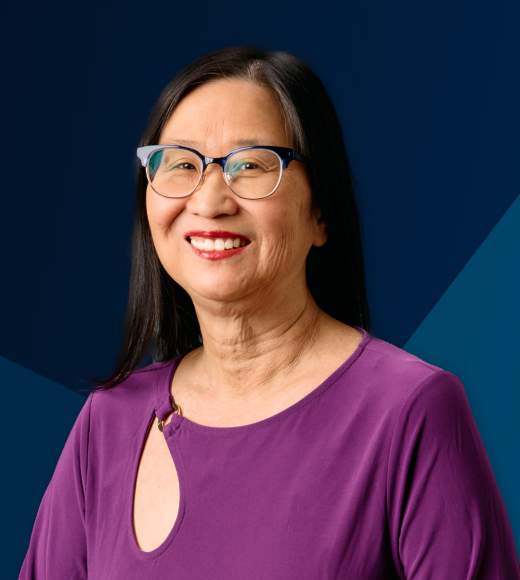 Lynn Miyamoto ’86 has a law practice focused on immigration in Sherman Oaks, California. She is a member of the UC Davis School of Law Alumni Association board of directors and serves on the Development Committee. She also serves on several other nonprofit boards, including as chairperson of the board of Keiro, which serves older adults in the Japanese American/Japanese community, and as vice chair of UUSC (Unitarian Universalist Service Committee), which advances human rights through grassroots collaborations. She and her husband Kevin Kroeker ’86 live in La Crescenta, California.

What was it that attracted you to immigration law, and what do you find rewarding about it?

My interest started in law school because I was part of the Immigration Clinic and had worked closely with Professor Jim Smith. I took his class, and that got me interested in the clinic. Third year, I wrote a paper, and he was my advisor. After that, I thought it might be something I wanted to pursue, so I started looking for jobs in immigration. I’m from the L.A. area, so I came back down and found a firm that hired me. I stayed with that firm for quite a long time and became a nonequity partner. I decided to branch off with another person who had worked there, and we went on our own. In 2017, he retired, so I’m a solo practitioner now.

Immigration is such a rewarding area because you get to meet so many amazing individuals from around the world, whom I learn so much from. Their stories make me appreciate that my grandparents on both sides made that long journey so I could be here and do what I’m doing. My grandparents had many trials and tribulations immigrating. Both my grandfathers immigrated very early on, around 1905. My one set of grandparents and my one grandmother couldn’t become citizens until the 1950s. They weren’t legally allowed to. A great joy I get is helping other people make that journey, maybe reunite them with families. Or allow them a new life here. It’s really great that they’re going to be able to help their children and the next generations have a different life, maybe different opportunities, hopefully a better life than they had.

Some clients really want to be here, and others are forced to be here — and that’s different. It gives you a greater appreciation of what you have and the things you take for granted that you shouldn’t take for granted. Although we see our freedoms jeopardized, in so many other countries, those freedoms aren’t possible for much of their citizenry. It is worrisome that the policies here for immigrants have not improved markedly over time. There always seems to be some new group that gets targeted. We seem to not be able to come up with a good immigration system that works to meet our economic needs but has compassion to those reuniting with family or fleeing difficult situations in their home countries. For me, this practice is a balance between that joy of the clients and my frustration with the politics of immigration.

My children, my two daughters. They’re now thirty and twenty-eight. They give me the greatest joy. I find that this next generation, including my daughters, are very committed to racial justice and equity. And that makes me feel so proud that they see the importance of it. And also with my parents, who are now deceased, I saw both of my daughters have great care and love for their grandparents, and now they are doing the same thing for my husband’s parents. That gives me great joy, that they want to care for the elderly generation, that family is important to them, and that they care about their grandparents in such a loving and compassionate way.

How did you meet your husband at King Hall?

It was in class. I think it was Legal Writing. We became really, really good friends, but we actually didn’t start going out until after our 2L year.

I was an undergrad at Davis, and I had two friends that were going to King Hall. One was a third-year; one was a 1L. They were saying, why don’t you come down and look at the law school? While you’re still an undergrad, you should try to do some things to volunteer your time in the legal community. I think because I had King Hall students saying this was a good place to go, that it really influenced my decision. I really wanted to go to King Hall. I liked living in Davis. I thought, the school’s named after Martin Luther King, so maybe that stands for something. It was a smaller class size too, compared to other schools. I heard from my friends that you received really good support. That was important to me, to go to a law school where there was a caring community and you get to know both students and staff.

The things I did with APALSA. My third year, I was president. My fondest memory was when we would sell these meals on campus. We would do a barbecue and make teriyaki chicken. And then we would roll the norimaki sushi. I don’t know how many rolls we just had to go, “Nobody’s going to eat this.” Being in community with each other and being in community with the rest of the law school students was what mattered. I count my friends from law school amongst my dearest and closest friends.

Which class at King Hall have you used the most?

My Immigration Law class. It led me to doing what I’m doing. The class is really what sparked my interest. The summer after my first year, I thought I was going to do family law. Then I spent one summer doing that and thought, this is not for me. Even after I graduated, I kept in contact with Professor Smith, and he sent me some pro bono cases from the clinic. It felt like a really great extension to be able to give back to King Hall. I think it is important to be able to still support the clinic in some manner.

Did you participate in student organizations, other than APALSA and the Immigration Clinic?

I was involved in MLK Day and was a co-chair my third year. I was responsible for arranging the speaker, and we got Senator Julian Bond from Georgia to come and speak.

Other than that, I worked closely with the Law School president, who at that time was Angela Oh ’86. Angela continues to provide me wisdom and leadership on how to address so many social justice issues.

You’ve done a lot of volunteer work for King Hall. What keeps you involved?

The students. I’ve been so impressed with the caliber of students. They are so committed to doing good things in the world. It is important to me that the law school is so committed to diversity and equity. Our generation also went through school with less loans, and if we are able, we need to give back. I’ve been trying to encourage all of my classmates to either volunteer and/or donate back to the law school.

Keep in contact with your classmates. Those relationships are so important. They can be lifelong friendships and sustaining to you in many ways. My classmates, we help each other out professionally and personally. You find as you grow older and people go through the complexities of living, it’s really nice having friends who know you from a different time of your life. Hopefully, your time at King Hall will have bonded you so you can help each other when needed.