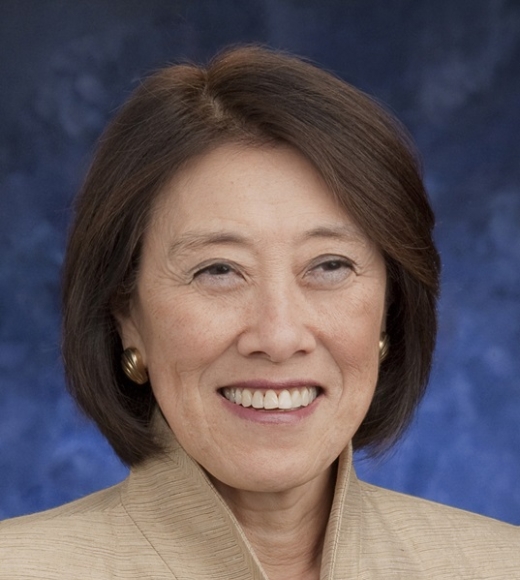 Iris Yang ’82 was a municipal law attorney at Best Best & Krieger LLP’s Sacramento office until retiring in 2021. She joined the firm in 2010, after beginning her career at McDonough Holland & Allen PC in 1982. From 1994 to 2019, she was the City Attorney for Paso Robles. She co-authored the book Redevelopment in California and authored the California chapter of Lobbying, PACs and Campaign Finance—50 State Handbook from 1995 to 2010.

What was it that attracted you to municipal law and what did you find rewarding about it?

I didn’t know anything about municipal law when I was first in law school. After my second year, I clerked for McDonough Holland & Allen, where I spent half of my time in litigation and the other half in redevelopment. I represented a number of cities that had formed redevelopment agencies to revitalize their commercial downtowns and develop affordable housing. Redevelopment law was abolished in 2012, but it was an effective tool used by the majority of cities and counties in California. While at McDonough, I decided to broaden my practice into municipal law because there was a fair amount of overlap with my redevelopment client work. Both McDonough and Best Best & Krieger had very strong municipal law practices, where we provided contract city attorney and special counsel services. I started in Paso Robles providing redevelopment legal services and then became its city attorney, which I really enjoyed. During my time, the city grew into a world class destination because of the scores of wineries that blossomed in the area. I also worked on many special development projects in other cities, and after 2012, assisted numerous redevelopment agencies with winding down their activities, including a fair amount of writ litigation over the state’s implementation of the redevelopment dissolution process.

Municipal law incorporates so many different aspects of the law, including land-use and environmental law, open meetings law, conflicts of interest, employment law, election law, public contracting law, constitutional law, etc., so it is constantly challenging and interesting. Also, the law is constantly evolving because of voter initiatives and legislative agendas, and cities often have different ways they want to implement them. For example, when voters approved recreational marijuana use, each city had to decide whether it wanted to allow retail stores, or cultivation or warehousing, where such facilities could be located, and how they should be regulated within its community.

I was a reporter at the Sacramento Bee from 1974 until I graduated from law school. I covered legal affairs for several years, writing about trials and a variety of legal issues, and got to know many judges and lawyers who encouraged me to go to law school. At that time, the Bee had a program that let us take a leave of absence for a year, so I applied to Davis and McGeorge. I really liked Davis’ programs and especially its nurturing environment.

I had a great class. I really appreciated the fact that there were a number of people in my class like me who had held other jobs before going to law school. My favorite memories are of the friendships I made there and the collegiality. My favorite faculty were Professor Jim Hogan and Dean Bruce Wolk. I liked working on Law Review. The experience was a little different for me because I was commuting and married. I wasn’t living with other students in Davis.

Which classes at King Hall have you used the most?

To my surprise, Con Law and Property. I also often use what I learned through my Moot Court experience.

Were you involved in other student organizations?

Law Review and Moot Court were the two main ones, because I also was working part-time at the Sacramento Bee. Once when we were in the Law Review office, we heard about a bank robbery in progress in downtown Davis. I called the Bee editors and asked if they wanted me to cover it, which they did. I remember that the hostages escaped by going down a fire escape, and the police arrested the robbers. It was notable because it was the first bank robbery in Davis in a very long time.

How have you stayed involved with King Hall?

While at McDonough, I served on the firm’s recruiting committee and did on-campus interviews at Davis. I enjoyed serving on the Alumni Board for two terms. That kept me in touch with the law school. For several years, I judged a number of Moot Court competitions. It was good to see the students, although King Hall looks completely different than it did when I was a student!

King Hall gave me great opportunities and a strong foundation. Most people don’t like law school, but that was not my experience.

I’ve felt very fulfilled in my legal career. I liked my clients a lot and made great friendships. The constant challenge of dealing with different legal issues and advising clients on different approaches to those issues was intellectually stimulating. I also enjoyed writ litigation.

But the two things I’m proudest of are my kids. I had them after law school. I was fortunate to have worked at two great law firms that were nurturing and supportive of women and family life.

The practice of law has changed so much since I started in 1982. Back then, there were no cell phones or computers. There were no emails. We had to use the word processing department for documents, and printers printed one page per minute. Because everything was sent through the mail, you had a couple of days before the recipient called you about it. Now communication is 24-7, with responses expected quickly. There’s a lot more pressure.

The most important thing is to find the right place where you feel comfortable, respected and can be mentored. Because of the pandemic more people will likely continue to work remotely at least part of the time. I learned so much from my mentors and colleagues through day-to-day interactions and hope that new lawyers will have at least some of those same opportunities.

There are lots of things you can do with a law degree besides practicing law. Your mind has been smooshed around (a legal term) so that you can think analytically about an issue. There are jobs and subspecialties of law now that didn’t exist when I started. So be open to possibilities. Hopefully you can find something you are interested in and an environment where you can explore those opportunities.

You think when you graduate and study for the bar that you know so much law. But when you start working, you realize how little law you really know. It takes quite a while to ramp up. One of my mentors, who had been practicing for more than 30 years, told me that he always practiced with a tiny pit of fear in his stomach that he might screw up. It motivated him to make sure he didn’t. It was great advice.

Workshop for AAPI and MENA Women in the Legal Academy